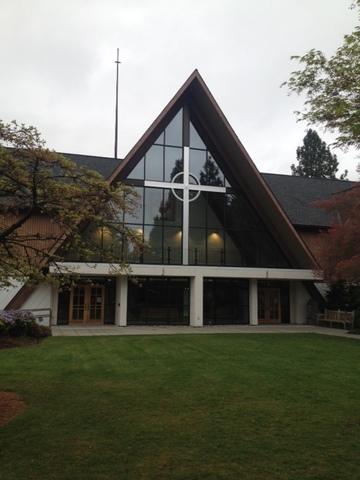 Mat Cote found out that the Youth Theatre NW (YTNW) was remodeling its current temporary location at Emmanuel Episcopal Church because his children have attended several classes there and enjoyed this organization tremendously. So Mat felt that he wanted to contribute to YTNW's growth and prosperity. However, when Mat initially approached Manny Cawaling, the executive director of YTNW to volunteer his help, it did not seem obvious what Matvey Construction could do for YTNW.

After all, Matvey Construction specializes in foundation repair which was not the kind of service that YTNW was looking for. Then Manny said: “Well, need some demo work…”. To which Mat replied: "Heck, yeah!" And that is how it came about.

On Monday, April 6, Matvey Construction will send 2 crews to demo the store front windows and haul away/recycle the debris. Mat Cote said, “Youth Theatre NW has been great for Mercer Island and our children and we want to support this great organization in any way we can.

Mat Cote is a third generation contractor who started Matvey Construction in 1999. He enjoys challenges inherent in designing structural solutions for buildings and homes.

Back to Previous Page
Back to News & Events