The issue that Matvey Construction was to solve was a 10 year old retaining was that was over 6 inches out of level. Thi was a very large project as the wall was 8 feet tall and over 250 ft long. One thing that we immediately noticed was that there was no drainage system in place, no footing drain, and very poor structural fill. We knew that we needed more information if we wanted a permanent solution to the problem. Our crew took soil samples, after this, it was concluded that the solution would be helical tiebacks and push piers.

In order to fix this problem, complete soil density testing needed to be done. The client was then supplied with a structural repair design permit set. A concrete saw cut 10-inch holes, and the 10-inch by 8-inch helical lead sections were installed. The next step was to install steel plates with a 6-inch c-channel overlay. Thin set and water seal wall borings were then installed. Complete load tests were performed on each individual tie-back. The push piers were installed with a minimum 8-kip capacity. The wall was level and plum. Finally, movement monitors were installed and a 24-month chart was used to evaluate how well the installation will hold up years down the road. Two years later, there was zero movement as reported by the geo-tech tracking site and the wall is still perfectly level and plum. 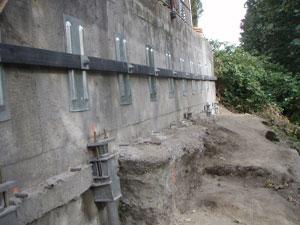 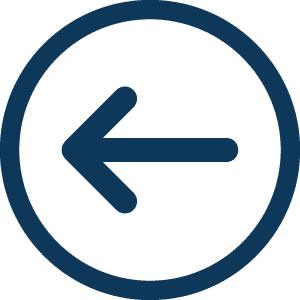